Here is a story told by one of America's heroes from WWII,  those men and women are often called, The Greatest Generation! It was received in answer to one of my Reddit Posts and I continued to communicate with the man's son whose family (originally from Alabama) now resides in the DC area, I believe.

The interview was conducted at the Library of Congress and is over an hour long,

Here's a link to part one of his interview: https://youtu.be/F4eZpKPy6LY

Since some of the material is a bit indistinct, here is some of the summary provided by his son.

I read up some of your answers, and you and my Dad would have gotten along real well! He was a freshman at Georgia Tech when the Japanese attacked Pearl Harbor, and signed up for a program much like the one you went through. He was told "We need engineers more than we need soldiers". That lasted about a year, when he was called up, was sent to Lehigh, as part of a "tank busters" unit, and after the disaster at the Kasserine Pass, the unit was dissolved, and he was eventually assigned to the 84th Division, the "Rail Splitters".

He was good with Morse code, so he was assigned to a mobile FM unit, and attached to HQ, so he was actually tasked with finding a warm, dry place to hide his jeep and the precious radio, so he was relatively safe in the European theater. He came across a couple of weeks after D-day, and was helping to offload equipment at the mulberries located off Normandy, when a storm blew in, and destroyed the entire facility, including several barges full of their equipment.

He then spent some time supporting the "red ball express", and eventually the unit joined the action, just in time to participate in the "line straightening" exercises, which left them outside of the Ardennes Forrest in the winter of 1944. His unit then was instrumental in stopping the Nazi push, actually stopping one of their main thrusts, and buying time for Patton's 3rd Army to come in and trap the Germans in the massive "pocket", and the eventual relief of those poor guys trapped at Bastogne.

They then fought through Belgium and into Western German, where he personally 'captured' a platoon or so of Germans. I say it that way, because the Germans were VERY happy to come across a pair of American GI's in the woods near the Rhine, when they thought that the Russians were bearing down on them.

I loved hearing his stories about the War, and miss him dearly.

I stated in my last Rant that I had something positive to report.  That follows:

I shall be traveling to Michigan to see my family for the first time since the attack of the virus and this could well be may last Rant for a variety of reasons.

While this man certainly can be considered to be a part of The Greatest Generation, I sincerely believe the youth of today would be so be considered greater IF THEY RISE UP WITH THOSE OF US, EVEN ELDERLY, who must not only depose our present dictator but also help us realize the promise of freedom and equality for all and as a beacon for the oppressed seeking new opportunities.  How could my generation be considered Great when we were  silentt about the OVERT RACISM and homophobic conditions prevailing in our country?

Indeed those who first first said that America lost its SOUL, and Jimmy Carter's "Malaise Speech" were early indicators of our "illness"?  That and Bill Clinton's desecration of the (was it? Oval office?) were  further warning signs.

Perhaps someday I'll be inclined to return to this site to share a few of the things I would like to say further about our losing our moorings and possible way's of recouping them..

Until then, I truly believe this coming election will show that our populace has awakened and that we will overwhelmingly elect:

Thanks for reding to the end.

Posted by Ron Lehker at 8:33 AM No comments:

In this second of my Roman Numbered Rants and Raves, I'll just unload a couple of (to me) interesting, even revolutionary, facts:

But I MUST CLOSE with this incendiary statement from a self published book, Can Religion Survive Worship? by a highly respected published author who credits THE CHAUTAUQUA INSTITUTION in western New York state with his “moral and spiritual” development,

I did try to warn you – especially some of my fellow Christian friends - that this would be too hot for some to handle even on the Social Media.

Posted by Ron Lehker at 7:59 AM No comments:

It's Saturday, and I should be watching college football. But even when my beloved Michigan returns to the turf in October, I hope I have the strength of my resolution to refrain from seeing my grandson as a trainer on the Big House Turf risking getting sick from the virus.

And there is a second fear for the players:

I guess that leaves me with only the sport of tennis singles to watch. Even golfers a greens to congregate on and the a re poles for caddies to touch.

Hoping to continue my occasional Rant (at least periodically.)

A vital question for this Labor Day.

What does Labor Day mean to YOU?

When I was a junior high school principal, it meant I would spend the next 9 months being away from my family a great deal of the time.

Today as a retiree, it means looking for something meaningful and worthwhile to do.

To the labor union leader, it meant that we had gained power almost equal to that of management.

Today for many of our workers, it means their jobs were shipped overseas.

To a student in elementary school, (depending on his/her/their ability) it meant 9 months of making A's or D's and F's.

Today it means staying at home with the computer and zooming with friends.

To a nurse, (I've been told by a friend) when you worked changing shifts it meant Labor Day is just another shift.

Today the reply to me is, it's the same.

To the worker at McDonald's it meant ( hopefully, at least) time and a half for overtime.

Today it means I have no job because a pandemic slows business.

To the refugee at the U. S./Mexican border hoping for a job in the fields of West Michigan, it meant a new life is possible for me and my family,

Today it means that the Lady in the New York harbor has extinguished her welcoming light and I must return to a life of fear for my children and me.

I SINCERELY hope you enjoy a great holiday. May we all reflect on the great privileges so many of us have in this country. I “pray” that the president we elect in November has the wisdom and courage to heal our wounds and bring us ALL together.

I hope to get to my promised RANT about America Losing its Soul in tomorrow's conversation.

To the reader pf this Rant, I must advise you that I shall no longer Rant.  Instead I hope to converse with young people around the world on Reddit. Of course, I think of everyone 93 and younger as young, I can be reached (according to my grandson: at:

If you want people to go to your general profile to see the posts you've made recently, here's the link: https://www.reddit.com/u/dcretiree
If you want them to go to your current "ongoing AMA" page, use this link: https://www.reddit.com/user/dcretiree/comments/ij13dm/iama_94yearold_man_and_i_have_found_great_joy_in/
Posted by Ron Lehker at 11:58 AM No comments:

“What do you think is America's single biggest problem” was the question I asked all of YOU yesterday. I am still looking at your responses. My answer is:

Our country has Lost its Soul.

However I don't mean that in a religious sense. More like Jimmy Carter in his Malaise Speech, “There is a sickness in our country.” ( While he may have been in many minds, a failed president, what a splendid humanitarian as an ex-president.) It is that sickness that I shall want to talk about extensively when I return,

A look at the future. This is my last Rant! My recent efforts in Ranting have been most successful through something almost all young people know as Reddit. I feel I owe most of my youthful outlook by “being with” youth. Of course to me everyone under 94 is considered young by me. I must take the long weekend off but will inform all of you on Monday of the best way to reach me

Posted by Ron Lehker at 9:46 AM No comments:

THE MARVELS OF THE FREE PRESS

HOW I WISH OUR PRESIDENT KNEW HOW IMPORTANT A FREE PRESS IS!

CHILDISH AS HE IS, HE PROBABLY  THINKS OF IT AS DID MY PRE-SCHOOL SON WHEN WE LIVED NEAR DETROIT AND SUBSCRIBED TO THE DETROIT FREE PRESS:

HE THOUGHT OUR SUBSCRIPTION WAS ACTUALLY FREE!

CHILDISH AS HE IS, TRUMP PROBABLY  THINKS OF IT AS DID MY PRE-SCHOOLER.

WHAT DO YOU THINK IS AMERICA'S SINGLE BIGGEST PROBLEM

I'LL WAIT UNTIL TOMORROW TO GIVE YOU MY ANSWER SO I CAN BE ASSURED YOU WILL HAVE YOURS.

Posted by Ron Lehker at 9:23 AM No comments:

DID YOU SEE THE PRESIDENT'S NEWS CONFERENCE YESTERDAY?

SO I HAD TO WATCH FOX AGAIN. THE ONLY REASON I EVER WATCH FOX IS TO SEE WHAT THE POLITICAL OPPOSITION IS VIEWING AND THINKING!

ALTHOUGH I TUNED IN LATE, I COULD QUICKLY SEE IT  AS A  LENGTHY TIRADE ANSWERING BIDEN'S VEHEMENT RESPONSE TO THE PRESIDENT'S LIES. IT WAS SO FASCINATING TO ME THAT I BEGAN TAPING IT FOR OTHERS TO SEE.

YET, I SOON FOUND IT EMBARRASSING BECAUSE I FELT  I WAS SEEING A HUMAN BEING BECOME TOTALLY UNHINGED BEFORE MY EYES.

I WAS ALMOST SORRY FOR A MAN ABOUT TO --

MERCIFULLY, THE LATTER DID HAPPEN AS ALONE HE SAUNTERED BACK DOWN THE LONG HALLWAY WITH SHOULDERS HUNCHED.

CODA:  AS I WROTE THAT EARLY THIS MORNING, I THOUGHT HIS PRESS CONFERENCE WOULD BE THE TOP HEADLINE IN TODAY'S PAPER.  SINCE THERE WAS LITTLE OR NOTHING ABOUT THE PRESS "QUSTIONING"  I CAN ONLY PONDER THE REASON FOR MY MISCALCULATION.

AGAIN, NOT THE STORY I THOUGHT I WOULD WRITE ABOUT.

THANKS FOR READING.  WE WILL SEE WHAT TOMORROW BRINGS. 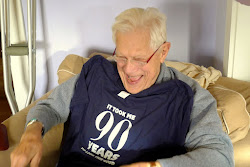